Don Rich, (full name Donald Eugene Ulrich) started playing the guitar at the age of 3. In the late 1960s, he moved to Bakersfield and began performing with Buck Owens. 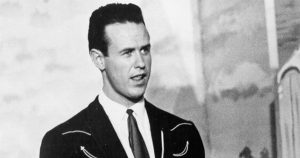 Despite many years of experience playing the guitar, Don was by then not a fully formed musician. So Owens taught Rich how to play the solo. The sound of their Telecasters became the band’s hallmark and dominated its early hits. And here is what Buck Owens himself said about this: “Don and I formed a kind of symbiosis in which one plus one equals not two, but three. Rich played a very important role, he was as much a part of our music as I was.”

The Buckaroos were a hit with rock fans and were one of the few country bands to play in San Francisco in the 1960s at the Fillmore Auditorium, considered one of the city’s most popular concert venues. It is notable that many country fans considered Buck Owens a singer, but he was also a good guitarist who made some early rockabilly recordings in Los Angeles, as well as a number of his own instrumental compositions.

In addition to the guitar, Rich played the violin quite well. However, his heart was forever given to the guitar. Here is what Owens said about this: “As much as he loved the guitar, he also hated the violin. When I offered him to play this instrument, he always answered: “No, not that.” So I said, “Don, I want you to fool around.” Only this could make him pick up the violin.” 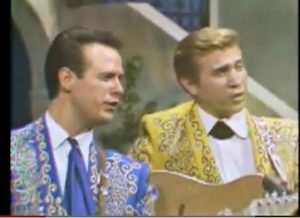 After Owens’ death, Don Rich continues to play a leading role in the group. His guitar talent was revealed in the instrumental “Buckaroos” and on several albums that the band recorded in the late 60s and early 70s. Rich’s primary guitar throughout his career was a custom metallic silver Telecaster, which he played through Fender and Standel amplifiers.

Unfortunately, the life of this wonderful guitarist ended tragically. In 1974, Rich died in a motorcycle accident.