Music has surrounded people ever since they appeared. Then, of course, everything was limited to unpretentious knocking on the surrounding object and a kind of singing. Since then the music has undergone many changes. A huge number of different types and directions have appeared: from folk and classical to pop. Some types of music are gaining momentum, while others are becoming less noticeable. However, there are such directions that from the moment of their appearance and still do not cease to be popular. One of them is jazz. 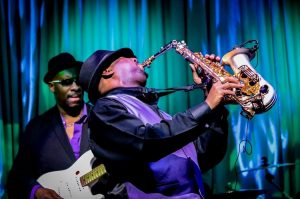 How did it all start?

Listening to jazz music, even a person who has not graduated from the conservatory can easily catch the rhythms and motives of African culture in it. And not easy! After all, it was the music of people from this hot continent that became the basis of all jazz culture. In addition, an important aspect is the unique nature of this genre, which was also influenced by black musicians. It all started with the fact that at the end of the 19th century European music merged with swing. A completely new musical direction appeared, in which the performers constantly improvised, and the music seemed very unusual, as it was based on syncopation – a kind of transfer of stress, rhythm in music. The new, unlike anything genre, fell in love with people so much that in a few years it got stronger and began to march around the world. However, the date of the final conquest of the world by jazz is the date of the recording of the first gramophone record – February 26, 1917. It was recorded by the Original Dixieland Jazz Band at one of the New York studios. After this date, jazz fever spread at an unprecedented rate – it conquered America and Europe in a matter of weeks. In its classical form, this music was established in 1918. Since that year, new trends in jazz have appeared, but true jazz has not changed. 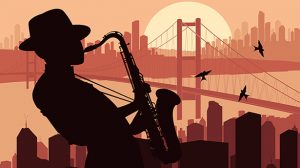 With the advent of jazz, a real revolution took place in culture. People with black skin were no longer considered outcasts of society, such expressions as “big band”, “Kansas City Style”, “Cool”, “Bebop” appeared … And how many great musicians found themselves in jazz? D. Ellington, B. Goodmann, G. Miller and many others. Since then, jazz has not ceased to be popular. He stepped off the dance floors, but he didn’t die. Now there are many directions in music, the ancestor of which is jazz – these are soul, fusion, rhythm and blues, creative and many others.

Many people want to learn how to dance well, but not everyone has enough talent to succeed in this business. But anyone can learn the basics of dance.