Country is a generalized name for the folk culture of the American people, which includes both music and even thematic interior design. Every year the number of fans of this musical direction is increasing, and far beyond the borders of the States. What does this original direction in music carry in itself, how does it differ from the genres familiar to us?

Since country means “rural music” in English, it originally had a characteristic folk, rural flavor. Today, this direction has been transformed, and has become, rather, a symbol of the entire American culture, and not just its lower classes. This musical genre has not only millions of fans, but also thousands of talented performers who are the stars of the direction. This musical direction has its origins in the last century in the 20s, where the main performers of country songs were cowboys living in the southern and western states of the country. The appearance of the term “country” itself is very closely related to the fact that it was considered shameful to perform songs of this direction for a long time. The official term came into use only in the 40s. According to the leading specialists of the direction, the best musical composition in the country style should consist of a violin, guitar and banjo. The fiddle is an authentic American instrument that has been the favorite musical instrument of American farmers for many years. Like any other musical genre, country music interacts closely with other types of music. So, today you can even meet country rap, country rock, and, of course, country pop.

What are country songs about? 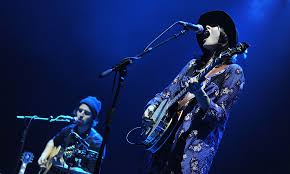 The theme of songs in this genre is diverse, but for the most part it is close to the theme of village folklore. To write songs in this genre, two main sources were used: folklore itself, that is, stories that were passed down from generation to generation, and author’s songs. The historical roots of people living in the southern regions of the country had a huge influence on the formation of the direction. Natives of Scotland, Germany and Ireland brought their own vision to the country, which was based on the cultural layer. That is why in the music of the American people of that time, melodies characteristic of European peoples were traced.