Country music belongs to the light genres. Light – because it is easy to listen to, it is pleasant to the ears. Easily memorable motifs take the listener outside the city, where the roar of the metropolis does not drown out the sounds of the wind in the field, birds in the forest, where you can see the beauty of the flight of butterflies and breathe in the fresh air with a full chest. Therefore, country music has gained wide popularity among both urban residents and non-urban residents. We know many examples of country artists who chose this genre, created country music and achieved success in this field. 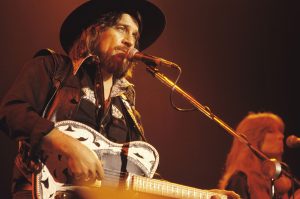 Today we will talk about the top 10 country music artists.

Carrie Underwood tops our list. She has an amazingly beautiful powerful vocal, so, despite her youth, she has won a huge number of fans. The debut album “Some Hearts” was released in 2006 and became the best-selling album of the year (more than 6 million copies sold). After the release of the first album, Carrie Underwood delighted her fans with 5 new singles – “Inside Your Heaven”, “Jesus Take The Wheel”, “Don’t Forget To Remember Me”, “Wasted” and “Before He Cheats”. Moreover, each of them at different times occupied the first places of various country charts.

At the 2008 Grammy ceremony, Carrie Underwood won the Best New Artist nomination, and was nominated for two categories (the second was Song of the Year). One of her hits, “Before He Cheats”, spent 64 weeks on the Billboard Hot 100 and was the third longest-lived single in the chart’s 50-year history.

In second place in the list of the most popular country artists is Tim McGraw. For the first time the world started talking about him in 1994. Over the course of his career, Tim has topped the US country charts more than 20 times, sold more than 40 million albums, released a huge number of hits, including a duet with his wife Faith Hill. Winner of 3 Grammy awards, 14 Academy of Country Music awards. Another well-known country singer, Taylor Swift, at the dawn of her career, dedicated the single “Tim McGraw” to her favorite artist. Three of Tim McGraw’s singles were Country Songs of the Year: “It’s Your Love”, “Just To See You Smile” and “Live Like You Were Dying”.

In third place on our list, Martina McBride is a singer-songwriter. She is known not only as a country singer with strong, clear vocals, but also as an amazing person. Every time you watch the singer’s video or see interview tapes at social gatherings, it’s hard not to agree – sweet, charming and nothing more. Martina McBride has been called the “Celine Dior of country music”. Her debut came in 1991 when Martina released the single “The Time Has Come”. Since then, the singer’s singles regularly hit the top of the Billboard country charts. During her career, Martina McBride has released 11 studio albums that have sold 14 million copies. The singer received the Country Music Association Award for Best Female Vocalist 4 times and the Academy of Country Music Award for Best Female Performer three times. Her powerful vocals are easy to appreciate on “In My Daughter’s Eyes”. And she is especially romantic and touching in the performance of “How Far”:

Willie Nelson takes an honorable 4th place, but not because of his voice or manner of performance. This performer cannot leave anyone indifferent with his guitar playing. Willie Nelson is a singer-songwriter, poet and actor. He has appeared in more than 30 films and co-authored several books. Willie Nelson is a prominent representative of the so-called outlaw country, one of the areas of country music that gained its distribution and popularity in the late 1960s. The singer is the recipient of numerous awards and accolades, including Grammy awards for Record of the Year (1982, for a new interpretation of the classic song “Always on My Mind”), Musical Legend (1990) and Lifetime Achievement (1999). ).

In fifth place on our country hit parade – John Denver. With the help of his voice, through his songs, he shared his feelings and experiences with the audience. His performances were hard to forget. He began his musical career as part of several country bands, but achieved the greatest success and popularity in his solo career. For all the time he recorded and released more than 300 songs, 200 of which he wrote himself. Most of his songs are about the beauty of nature, love for music, trials in love. 12 of his albums went gold and 4 went platinum.

Hank Williams is one of the most famous country singers of all time. This amazing musician has become a country music legend, an inspiration for many musicians around the world and an icon for country music fans. 35 of Williams’ singles hit the Billboard top, 11 of which reached number one. He lived a short life, only 29 years old, but left a big mark in the history of country music. He managed so little and at the same time so much in 5 years of active creative life. Unfortunately, with a career take-off, the artist’s personality began to disintegrate. 29 year olds 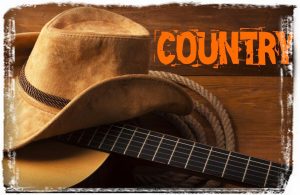 Garth Brooks is one of the most successful country music artists. Brooks used elements of rock in his studio recordings and in concert, which allowed him to expand his fan base. He broke every possible record for album and ticket sales for his concerts in the 1990s. Brooks’ albums continue to sell well, with more than 68 million copies sold in 2011, which is 5 million more than The Beatles’ albums have been sold. Brooks is the winner of 2 Grammy Awards and 17 American Music Awards. On March 6, 2012, Brooks’s induction into the Country Music Hall of Fame was announced. Brooks’ work is a fusion of measured country and energetic rock, but the single “I Love the Way You Love Me” is a good example of rather calm good country.

Beautiful, sexy and talented Shania Twain is simply bound to be in the top ten country performers. Her first fame was brought by the album “The Woman in Me”, and in 1997 the album “Come On Over” was released, which became the best-selling country album of all time (its circulation amounted to more than 40 million copies). Twain is the owner of 5 Grammys, she is the only singer in history, whose three albums in a row reached the “diamond” status. Over 85 million albums have been sold worldwide. Listen to “You’re still the one” by Shania Twain. Diva, and more!

The next place in the top ten country music performers is occupied by Brad Paisley. A talented singer who knows how to captivate the audience, showing sincere feelings during the performance of songs in which many recognize themselves and events related to their lives. His first album was released in 1999 under the name “Who Needs Pictures”, and after 7 months Paisley was in first place in the country charts with the single “He Didn’t Have to Be”. Throughout his career, 25 of Brad’s singles have reached the top ten, 16 of which reached the first place. He also owns a record – 10 singles in a row occupied the top of the charts. 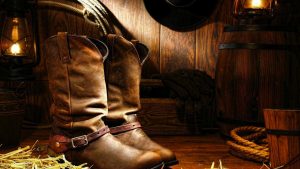 And finally, Roger Miller is a singer, composer and musician. The cheerful, witty singer was an unsurpassed master of country songs. He owns the phrase: “The human brain is an amazing organ that starts working from birth and does not stop until you sit down and write a song.” He hosted his own humorous TV show, wrote both light, frivolous songs and philosophical ballads. Roger Miller’s calling card is the song “King Of The Road”, which became a hit in 1965. This is a story about a vagabond enjoying life, traveling on trains. During his creative career, Miller won 11 Grammy awards, and in 1995 he was included in the Country Music Hall of Fame. Although the singer passed away 20 years ago, his songs are still remembered and loved.