The country-style music is great – once you turn it on, you plunge into the lamp world of cornfields at sunset, old legends come to life and somewhere very close there is Route 60, which is cut through by big stylish retro cars. For me, this is a special genre, and in this article I have collected the brightest modern country bands – from pretentious alternative to gothic-American.

Graveyard Train Delightful alternative country music from sunny Australia. The guys started playing in the gothic-americana style, telling old horror stories in their songs. Their music has absorbed all the best that country is recommended to mix and shake: banjos, blues inserts, melodic choruses. It should be noted that the guys often sing in chorus. Their songs are dark, but groovy – they create an atmosphere and immerse the listener so deeply that it will not be easy to break away from them. The Australians have already released three wonderful albums over the years of their work, which you should definitely get acquainted with. 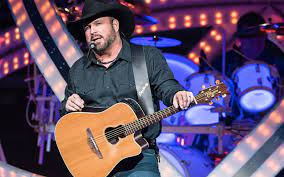 The Builders and The Butchers

The Builders and The Butchers Country with a touch of indie music, folk in places. Group from USA, Oregon. Initially, they were called “The Funeral Band” (Russian. Funeral Band) and played on the streets, outside of concert venues. Later, they took their current name The Builders and The Butchers (Russian Builders and Butchers) and began to write cool albums. Their feature is their own drum style with two drummers, as well as a lot of acoustics. By the way, in places the vocals are very similar to Brian Molko from Placebo.

TOP-5 best songs of The Builders and The Butchers

Clip with a great ending:

Jake Smith is known by this name, whose voice will make goosebumps run through your body. Excellent vocals are accompanied by a melodic acoustic guitar, often piano and other instruments, which makes his songs even more atmospheric. White Buffalo became known to the general public thanks to the soundtracks to the series about bikers “Sons of Anarchy” (“Sons of Anarchy”), where many wonderful songs were performed, including the American folklore “The House of Rising Sun” specially rewritten for “Sons”. This man with a beard and long hair knows how to make great music, and if you are interested in the modern lyric-melodic sound of country music, then be sure to enjoy his work!

Jay Munly Jay Munly is one of the prominent representatives of the “Denver sound”, playing in the style of gothic-american. His dark songs are full of creepy stories, and the music is woven from banjo, violin, drums and the afterlife voice of Jay himself. Add his songs to your playlist and take a walk through the night forest (Google translation if English is not very good) – this will be the most memorable walk. 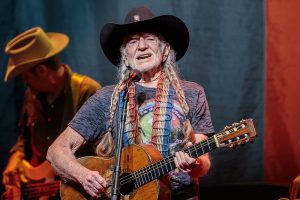 Woodbox Gang Illinois dudes play goofy country on acoustics. Lyrics often have a deep philosophical meaning and knowing English you will get real pleasure from the band’s work. I would especially like to highlight “Tough Guy Blues” – a song of a guy lost in life who spends time in a bar, the religious-philosophical “Soap In My Mouth”, First Rate Smokes with the signature American folk instrument “kazoo” and the very specific One That Got Away with a very pleasant melodic guitar or a meditative one with a frightening name I’ve Killed Men.